Confessions of an Aspergic

Confessions of an Aspergic

I know I am not a U.N.O.E member anymore; after all, I did nothing to contribute to the group itself apart from take space (and due to my size, A LOT of space!), but I felt I should say a bit about me so you at least know about me.

First of all, I am aspergic, my friend self diagonsed me and I did an online test, therefore making it impossible to not be aspergic. Indeed, I fulfill all the roles like being a master of traps (something I had no interest in at all until I did the test and suddenly gained an interest in it) or being socially awkward (the fact I never leave my man child chair has nothing to do with it).

Secondly, think of something that has dys in front of it, I probably have it, apart from being dysfunctional, I am 100% perfect; which leads to my other illnesses. My main one is dyscalcula which means I cannot do Maths, for example, I could not put two and two together to find out why I was kicked from the group, in my man child world, this would equal 100% aka my perfection. I also have dysgraphia which means I can't write, it isn't to do with the fact I am lazy and fat, but more that this illness is holding me back, despite the fact that if I had dysgraphia, I probably would not be able to type so much on a laptop (which was bought with tax payer's money) or play games as frequently as I do.

Speaking of games, I play so many of them yet I am definetly not rubbish at them. I try my best to finish every single game I buy (with tax payer's money) and generally when I get through one eighth of a game (if that), I watch a Lets Play on youtube and instantly know about the game itself, such as Metroid Prime 2: Echoes, a game I never completed due to how bad I was at it and Bayonetta, a game I barely got far in and blamed it on the obvious sex appeal, I do not like boobs, I prefer to look at my hands (or in the general direction of my own.)

Sorry, I randomly get those from time to time, they generally seem to occur when they are on my mind and when I want sympathy for something. Anyway, moving on swiftly, I also have dyspraxia but meh... that's not an issue.

With these, I have an inability to work so I live off of tax payer's money. I have been told countless times by government officials that I can work but jobs such as cashier bore m- I-I mean, I can't do because of my dyspinguisvirparvulus which is an illness that has been holding me back ever since I became aware of it.

Overall, what can I say? I'm a 22 year old social recluse with nothing to do all day other than play video games even though I could be getting a job, a hobby or even a life; however, the comforts of my man child chair are too much and indeed, the fact I live off of others is too much of a burden for me and I desire more. However, once Conservatives change the benefit policies I will be screwed and have to actually find work for the first time in my greasy haired life.

I'd say peace to you all but you BETRAYED ME FUCKING UNOE I HELPED FOUND THIS CLAN AND I DID EVERYTHING FOR IT AND YOU FUCKING BACKSTABBED ME AND REPLACED ME WITH A GIRL! I'M GOING TO RAGE ABOUT IT ON FORUMS AND NEVER GET OVER IT BECAUSE MEH THE GAME OF LIFE SCREWS ME OVER, ITS NEVER MY FAULT ITS OTHERS! 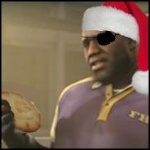